Wildlife in the Yucatán 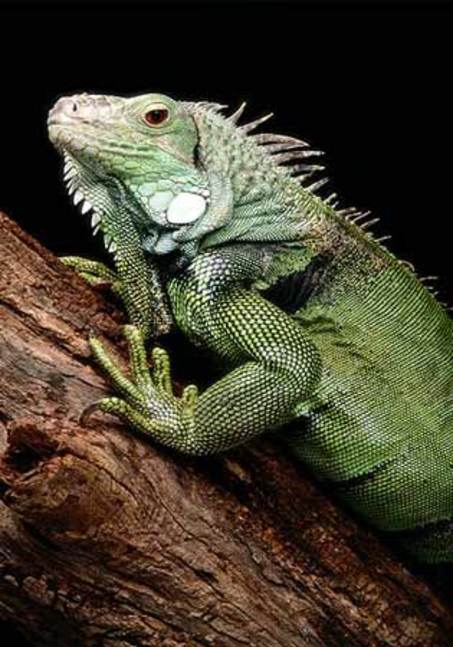 Welcome to the world of nature in the Yucatan peninsula! This area is well known for the beach resorts of Cancun and the Mayan Riviera. But few nature lovers know that there are many exciting opportunities for watching wildlife, which are only hours away from the tourist hotspots of Cancun, Playa del Carmen and Cozumel. The Yucatan Peninsula has incredible bio-diversity. It is home to 50% of all the birds living in Mexico, several of them endemic, 25% of Mexican mammals, and 10% of Mexico┤s flora...

Yucatán Bird Club, plus Backyard Birding in Merida, Yucatán and Beyond

The YUCATAN BIRD CLUB, La Asociaciˇn de Yucatán de Pájaros is a friendly, international group. There is an email network of people interested in birding for organized field trips. This fun, loosely formed club holds meetings occasionally, but has no officers, directors or dues. Activities include:

The blog has lots of detailed information about sightings and trips, and an extensive list of online resources. It also has an archive of the Backyard Birding blog by Cherie Pittillo ľ zoologist, photographer, author. Cherie explores nature everywhere she goes. In September, 2012, she had recorded the 44th bird species to visit her Merida backyard in five years. Perhaps this is a surprise, for Merida is a concrete city of a million people ľ but not to Cherie. Join her as she shares information about her backyard birds and places to explore nature in the Yucatan Peninsula. Her monthly column features anecdotes about birding in Merida and beyond, while a weekly column will answer ôWhat bird is that?ö or ôWhere is that location?ö

For more information about the club, contact yucatanbirdclub@gmail.com.
Write to Cherie Pitillo: all4birdies@gmail.com 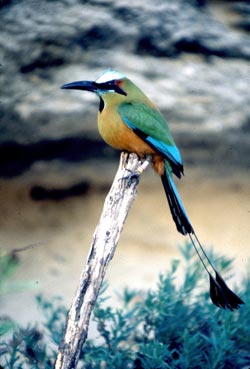 The Annual Bird Festival of Yucatán Toh is an important yearly event for both the local people and our tourist guests. It is a clear example of what can be done when the three levels of government work together with the private sector, the civil organizations and the Mayan communities. In the birdwatchers world, birders from the US and Mexico await this festival as the Yucatán is every birdwatchers dream come true...

Have Wings, Will Travel - MexicoBev

MexicoBev reports on birding trips in the Yucatan and elsewhere.

The Yucatán is a geological PENINSULA, but it is an ecological ISLAND. It's isolated from other land toward the north, east and west by the sea, and to the south it's isolated from the rest of México by this climatological fact: The Yucatán is much more arid than that part of México adjoining it toward the south. The Yucatán, then, is an ecological island of aridity, and Darwin's experiences in the Galapagos reminds us that on islands unique species tend to evolve. That's the case with the Yucatán.

When a biologist says that an organism is "endemic" to a certain area, he or she means that in the whole world that thing is found only in that limited area. A surprising number of organisms are endemic to the Yucatán. Nearly 10% of the Yucatán's plant species are endemics. The Yucatán is home to 14 endemic cactus species, and here in the northern Yucatán -- the most arid part of the arid island -- we are home to ten of them...